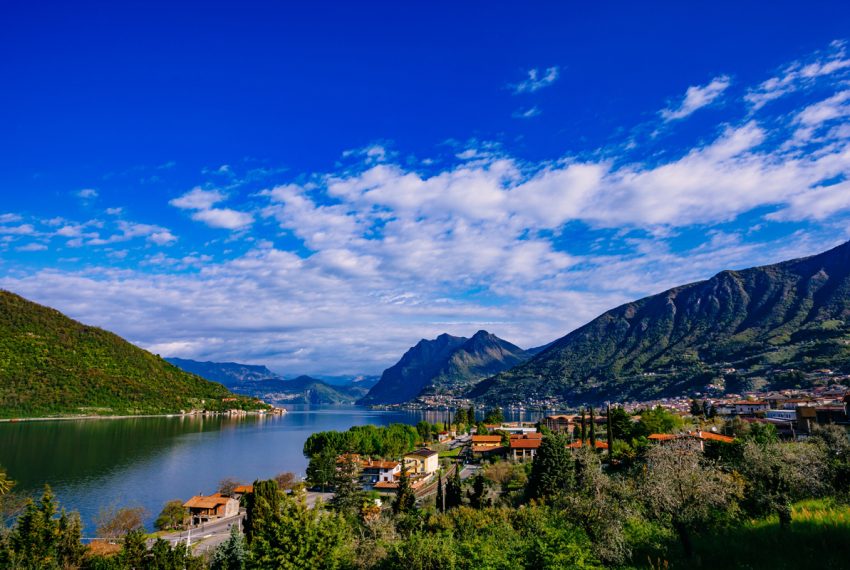 Milan is a lively, constantly changing city, full of things to do and discover. But every once in a while, it’s a good idea to take a break from the frenzy, especially in the summer, when the city can become uncomfortably hot. Luckily, there’s no need for a major (and costly) trip, because the area around Milan offers plenty of ideas. That’s not surprising: Lombardy is the Italian region with the highest number of UNESCO sites (11, as of now). But there’s also no shortage of alternatives outside of the region. Here are our suggestions.

No place is nominated the 2020 Capital of Italian Culture without a reason, and indeed Parma is a real jewel. The splendid Santa Maria Assunta cathedral – better known as the Duomo of Parma – surprises for its double nature: externally it’s in the Romanesque style, while inside the Renaissance dominates. To accompany with an exhibit at Palazzo Bossi Bocchi and a visit to the National Gallery (Galleria Nazionale), where works of masters of the calibre of Alessandro Botticelli, Leonardo da Vinci, Canaletto and El Greco are on display.

Since you’re already in the Parma area, why don’t you stop at Fontanellato? Here you’ll find the world’s largest labyrinth, created by the designer Franco Maria Ricci: seven hectares enriched by a vast art collection, recreational activities and restaurants (if you’re able to find them, of course).

If you want to get in touch with nature, Ticino Park (Parco del Ticino) is the place for you. Some 91,000 hectares of land, of which 20,500 protected as a natural park, where among rivers, streams, woods and over 3,000 animal species, you’ll clean your body and your mind of the city’s chaos. Adventure lovers can test their mettle with the Tibetan bridge near Turbigo, a suspended bridge in steel and wood about 8 metres above the water.

Towns overlooking lakes are often suggestive places, and Sirmione is among the most beautiful of them all. The highlight is undoubtedly the famous Baths of Sirmione (Terme di Sirmione), whose sulphorous waters travel underground for twenty years before coming to the surface. Relax here, perhaps after having visted the Caves of Catullas (Grotte di Catullo), Caligero Castle (Castello Caligero) and Villa Callas, where “La Divina” Maria Callas and her husband Giovanni Battista Meneghini lived for nine years.

The road in this case is a bit longer, but it’s worth the effort: we’re talking about one of the most beautiful villages in Italy. Made famous by Christo’s installation The Floating Piers, the island is on Lake Iseo and offers breathtaking views from almost every angle. If you like taking photographs, consider spending at least one night here, because a few hours won’t be enough. Automobiles aren’t allowed on the island, but it’s not a problem, you can reach it from several ports indicated on the site.

Vigevano is very close to Milan and easy to reach even without a car (it takes just 30 minutes in the train). So there’s no excuse for not seeing at least once Piazza Ducale, absolutely one of the most beautiful piazze in Italy, built for Ludovico il Moro and today the epicentre of the city’s tourism. You’ll rediscover the simple pleasure of a coffee under the arcades in the shade of the Bramante Tower (Torre del Bramante).

If you’re looking for something that enchants you, don’t think a minute more: your destination is Villa Litta, in Lainate, a few kilometers to the west of Milan. Conceived by Count Pirro I Visconti Borromeo at the end of the 16th century, the residence is a triumph of statues, mosaics and frescoes. Enriching it further are the marvellous garden and the so-called Nymphaeum, where hand maneuvered water games leave the viewer speechless.

Italians take it a little bit for granted, but Valle Camonica was the first Italian site to be inserted among UNESCO heritage sites for its cave art collection, one of the largest and most important in the world. While you’re here, you can also visit the nearby mountain resorts (Borno and Aprica, for example), the Baths of Boario (Terme di Boario) and Stelvio National Park (Parco Nazionale dello Stelvio).

Beautiful and relaxing, Pavia is perfect for spending a different sort of day without going too far from Milan. Founded in the Roman period, it played an important role in Italian history and for this reason its artistic heritage is remarkable. Visit Visconti Castle (Castello Visconteo), Vernavola Park (Parco della Vernavola) and the Duomo, then go just outside the city for the famous monumental complex of the Certosa.

If you’re looking for strong emotions, near the village of Bellano on Lake Como, there’s a 15 million year old natural gorge, surrounded by greenery and waterfalls. The canyon is accessible to everyone thanks to the side walkways and the experience is incredible, also due to the legends that surround it: indeed, it’s said that there are warriors buried in these tunnels with their treasures and satyrs who in ancient times held licentious parties (no worries, it was a long time ago). To reach it, go to the Church of San Nazaro e Celso in Bellano, where the ticket booth is located.