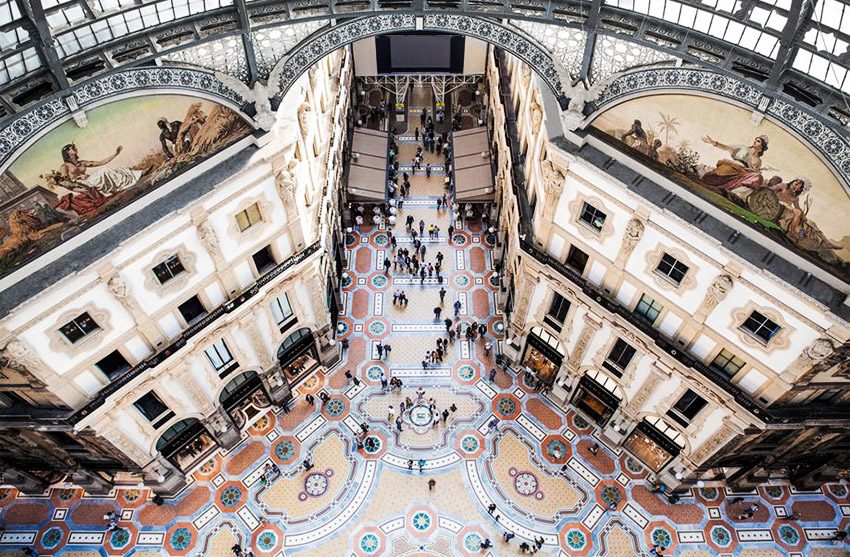 But don’t take our word for it. These are the findings of a PwC study on the socioeconomic status of the 30 biggest cities in the world. Milan’s stand-out characteristics including its quality of life, professional opportunities and, in particular, the safety the city guarantees to its inhabitants.

It’s all this and more that makes Milan the 18th-best city in the world, and the best in Italy bar none.

This success is the result of the unerring commitment of the local authorities, who have turned Milan into a truly international city in recent years, one packed with draws – for people of all ages. Europe’s undisputed capital of fashion and design, Milan has proven itself capable of innovating, of reinventing itself from a technical standpoint to become one of the most digitised cities in the world.

And so it is little wonder that some of the most exciting start-ups around were founded in the shadow of the Duomo, given that Milan offers the young talent tangible job opportunities and a real head start on the road to success.

The PwC study, which is entitled “Cities of Opportunity 2016”, sees Milan receive yet more international recognition, consolidating its prominent position in Europe and indeed underlining its worldwide appeal. The fashion capital has come out of study with flying colours, with the Anglo-American multinational basing its findings on an array of indicators: from intellectuality and innovation to the development of new technology, the quality of transport and infrastructure, economic potential and last but not least the level of safety the city offers.

Milan receives especially high praise for this latter point. The No.1 city in Italy in terms of tranquillity of life, Milan emerges as one of the safest cities in the whole world. But that’s not all. The Lombard capital also stands out from the crowd for its sustainability and the quality of its environmental ecosystem. It’s vindication for Milan’s comprehensive development strategy, which aims to achieve all-round progress by enriching the infrastructural and technological make-up of the city without overlooking green concerns.

This success is in no small part down to Milan’s impressive capacity for planning, which the city showed off to the world at last year’s Expo. The local authorities did a fine job of delivering the event, bringing a breath of fresh – international – air into the city itself and indeed the region as a whole.

Milan is back in the global spotlight by both day and night. The trendiest areas of the city have helped reinforce Milan’s international vibe, becoming hotbeds of culture and lifestyle where global influences run rampant.

Put all of this together and it’s no surprise that Milan is now one of the most desirable cities on the planet.