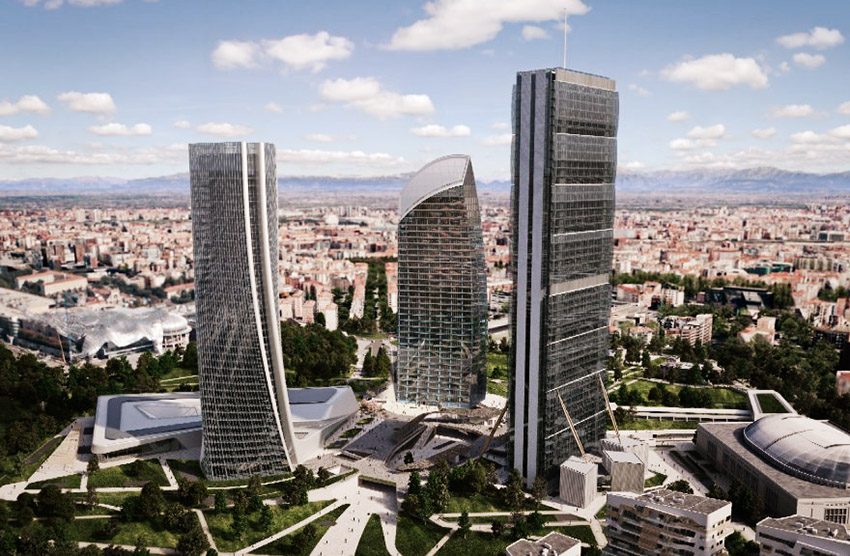 The face of Milan is changing. This is something the people of Milan have noticed – from the students studying in the city to the millions of tourists who visit Milan every year to admire its new architectural features.

These are innovative, cutting-edge developments, which are transforming the appearance of an increasingly cosmopolitan city. The city limits are no longer as clearly defined as they once were, and as the roots of Milan branch out, they become more flexible, smarter – just like the era we live in.

And so Milan is becoming the setting of an architectural revolution. The contemporary city is now packed with modern palazzos, futuristic builds and multi-functional shopping centres dreamt up by the best international designers. The structure of entire districts, both in the centre and in the suburbs, is constantly evolving, like white canvases waiting to be beautified by the leading architectural talents.

This is exactly what happed in Porta Nuova, an area that in just ten years has been transformed from forgotten area to internationally renowned complex, packed with stunning buildings. The Unicredit Tower, the Bosco Verticale and the Pavilion Centre are just a few of the new buildings that have changed the Milan skyline from right in the heart of the city.

A similar phenomenon is underway in the CityLife area. Up until a few years ago it was the home of the Fiera Campionaria di Milano, which has now moved to Rho. The area is now dominated by the Allianz Tower, while the Generali Tower by the late Zaha Hadid, one of the best-loved architects in the world, will soon be completed. On top of that, in a few months’ time we will see the launch of the huge CityLife Shopping District project, whose aim it is to create a second shopping hub in a city already synonymous with fashion and high society.

And while Milan is changing its face, Brera is doing much the same thing. Its historic streets are being shown in an innovative new light, with the beauty of the old receiving a modern makeover. The Pinacoteca, a sacred place in the world art season, is the trailblazer for this ambitious project. In little more than one year, the first rooms have been renovated and now look more stunning than ever. The masterpieces of Raffaello and Mantegna have been taken to the next level by Brera’s new look – more accessible, more modern, more youthful.

Yet while Milan hurtles towards the future, we cannot forget the enormous investment made for one of the most successful events held in Europe in recent years: Expo. The area that hosted the Universal Exposition is now trying to position itself as a point of reference for the city, and the host of new projects recent confirmed show that the strategy is working. Human Technopole, a public scientific research centre focusing on health, quality of life and nutrition will soon take shape in the same place where hundreds of countries showed off their best culinary delicacies. Evidently, the city’s architectural innovation is being matched by progress in science in a virtuous cycle propelling Milan towards 2020.

But Architectural Milan 2.0 doesn’t stop there. Viale Scarampo, with its unmistakeable triangular buildings, has become home to dozen of multinationals, while Viale Rubattino will be the setting of the large green river designed by Stefano Boeri, the man behind the Bosco Verticale. In truth, the list of exciting projects planned for the near future is endless.