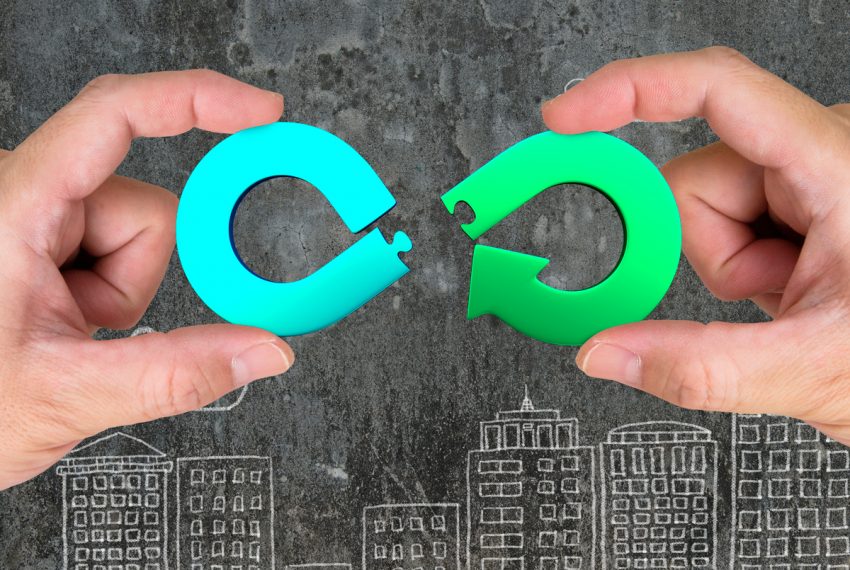 “The circular economy imperative” was the focal point of the recent video forum on the MIP platform. The video forum, as part of the curricula, is organised for each International Flex EMBA course and is linked to Yammer, allowing students to post their comments on the topic and share new documents to support their arguments. The topic of circular economy was chosen by Professor Andrea Sianesi, Dean and President of the Board of MIP, during the Supply Chain Management course. Moving from a linear to a circular economy means adopting a new mindset, a new business model and a new area in the global economy with great potential to solve the world’s waste and environmental problems. The contribution shared by alumni on this topic was amazing  ̶  the video forum is a very worthwhile part of this EMBA programme. The topic is very large, but I’ll try to provide a comprehensive summary to explain what this new concept stands for and the path to the global mainstream for the circular economy.

The concept of the circular economy seems to have originated a few decades ago, aiming for limited resources to be reused and recycled as a precondition for sustainable life-support systems[1]. But it was only in the last decade that the circular economy as a cross-industry global philosophy was launched and coordinated. Ellen MacArthur, who had the idea and the power to convince companies, academics and governments to follow and support her project all around the world, made a great contribution to changing the global mindset regarding the importance of a sustainable and circular economy. One of the solo sailors who circumnavigated the world in 2004, Ellen was forced to take with her the absolute minimum of resources in order to be as light and fast as possible, but still to survive and achieve her goal. That was the moment when she started to think about the true meaning of “finite”, and how to apply this concept in the global economy. Thatcher’s quote “if you want something said, ask a man; if you want something done, ask a woman” cannot be applied more appropriately than in the case of Ellen’s contribution to this topic.

She started organising meetings with experts from different backgrounds and countries to better understand the global approach to how the economy uses resources. Companies such as Renault, Cisco and National Grid were among the first to strongly support Ellen’s philosophy. Together, they created the Ellen MacArthur Foundation in 2010. The aim of the foundation was to accelerate the transition from the current model to the circular economy, launching the topic on the agenda of decision-makers across business, government and academia. Global partners of the foundation, such as Renault, Google, Philips, Danone, H&M, Nike, Intesa Sanpaolo, Unilever and Solvay, are all pathfinders within their respective industries, exploring the potential of the circular economy as a source of value creation[2].

By definition, a circular economy is an alternative to a traditional, linear economy. Since the industrial revolution, our economy has relied mainly on natural resources to raise our standard of living. But as these resources become scarcer and more expensive, there is stronger pressure on the global economy to find new ways of creating a more sustainable environment. In a circular economy, resources are used for as long as possible, extracting the maximum value from them while in use, then, at the end of their service life, they are recovered and regenerated. This mindset is being progressively supported by several powerful trends such as: the advance in information technology – being able to trace material through the supply chain and track product status during use (Internet of things[3]), as well as the pressure towards a shift in consumer behaviour, deriving from the new generation of customers, who are more willing to share rather than to own goods. There are at least three ways companies can start implementing a circular economy: by recycling more and better, by renting goods more than selling and by lengthening the lifecycle of products. The basic idea behind the transition is shown in the diagram, where three economic models are identified: the linear economy, the reuse economy and the circular economy.

‘In a world with growing pressures on resources and the environment, the EU has no choice but to go for the transition to a resource-efficient and ultimately regenerative circular economy’ – this statement was accepted for the first time in 2013 by the European Commission, at which point Ellen was invited to work alongside the European Resource Efficiency Platform. In 2015, with the collaboration of the World Economic Forum and McKinsey & Company, Ellen’s Foundation launched Project Mainstream, aiming to advance the transition in different industries around the world by focusing on problematics that individual organisations cannot resolve. Finally, the Foundation has entered into a new agreement with the United Nations Environment Programme, to further accelerate the shift towards a circular economy. According to the UN, the increasing consumption brought on by the rapid growth of the middle class worldwide means that, in the last four decades, the amount of raw materials that humans have extracted from the earth has tripled[4]. Currently, about 54% of the world’s population live in urban areas and 85% of global GDP is generated through cities, accounting for 75% of natural resource consumption, 50% of global waste production and 60-80% of greenhouse gas emissions. It is expected that by 2050, 75% of the population will reside in cities, being a major engine for economic growth[5].

Rapid growth threatens urban resources but at the same time, all these factors might represent good opportunities for the cities to be the drivers of the circular economy agenda, also making them among the greatest beneficiaries of such a transition. The Netherlands seems to be the first country to have launched a comprehensive package of legislation to become a completely circular economy by 2050. The Dutch Cabinet aims at fostering legislation, creating market incentives, financing and sharing knowledge and innovation, also through international cooperation. The five priorities, in line with EU policies, are: biomass and food; plastics; the manufacturing industry; the construction sector and consumer goods. While the European Commission has set out an action plan and a package of legislative proposals to move from “waste” to “raw material” and to advance the circular economy[6], at global level, the UN reached an agreement in 2015 on “Sustainable Development Goals”, where the circular economy has been addressed in several ways.

It is obvious that this new philosophy has its drawbacks and might not be the magic fix for environmental problems. Several obstacles to the transition to a circular economy have been identified, such as: (i) current regulations still target the transition insufficiently; (ii) sustainable products are often more expensive than non-sustainable alternatives; (iii) the lack of knowledge of technological, social and system innovations; (iv) non-circular behaviour among citizens and professionals, as well as (v) the problems in coordinating supply chains, etc. Governments need to take an active role so as to increase the benefits from these opportunities, whilst not allowing global companies to negatively impact consumers’ efficiency and the market balances in the economy.

Last but not least, one of the main take-away notes from this video forum is the fact that each one of us is equally important and valuable in terms of making a contribution to this change in mindset. Being an element of the whole system, the change should start from me, from you, from every one of us. We should start thinking and asking questions about our daily routines in relation to consumption at home and in the office, about the procedures implemented by the company we work for and at community level where we live. Everywhere and every time, there is room for improvement in recycling practices. Let us try to identify what action can be taken to mitigate waste, by motivating “reuse” and “repair” objectives. We do not have to wait for businesses to show us how to act  ̶ rather, we should react ourselves, pushing companies and governments to take better care of our world. Citizens are the most significant component of the whole system for empowering the circular economy and supporting sustainable projects, aiming to protect the world’s limited resources.

[1] Circular economy: a commentary from the perspectives of the natural and social sciences – European Academies’ Science Advisory Council (EASAC)

[3] The Internet of Things is the inter-networking of physical devices through electronics and sensors which are used to collect and exchange data. The main value drivers of IoT are the ability to define location, condition and availability of the assets they monitor. By 2020 there are expected to be at least 20 million IoT-connected devices worldwide.

[6] European Commission, Closing the loop – An EU action plan for the Circular Economy, 2015 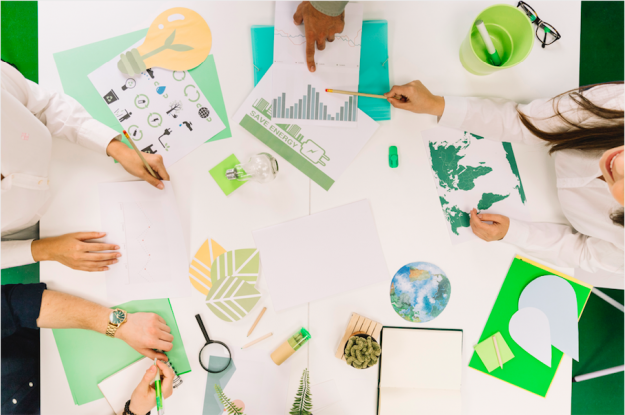 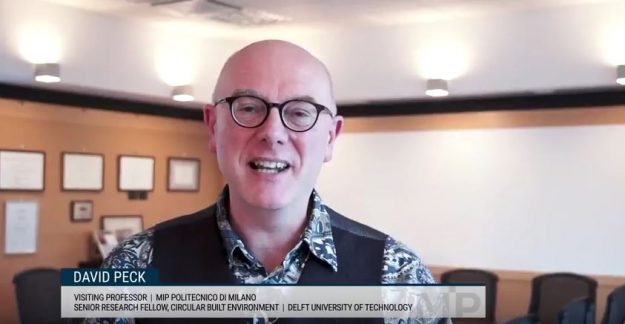