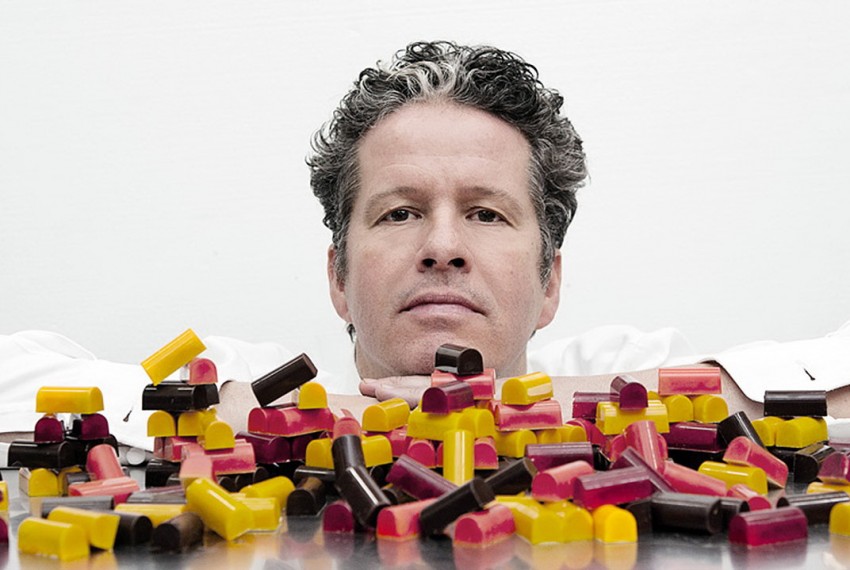 Ernst Knam is an example of someone who knew how to transform a passion and a talent into a successful company as well as a leader in the confectionary industry at one of the most famous Italian confectionaries.

If you are in Milan you should definitely include a stop at his eponymous confectionary shop, the former Antica Arte del Dolce, in via Anfossi, that he opened after three years of experience at Gualtiero Marchesi‘s restaurant.

A crown jewel in an industry that is experiencing a great moment of visibility and success, driven by intense marketing efforts and thanks to the attention that the media are devoting to food and cake design.

This eclectic chef patissier, German by birth and Milanese by adoption, is also very prevalent on TV hosting his own show on the Real Time channel titled il Re del Cioccolato [the King of Chocolate].

For him, chocolate has no secrets, and his success also lies in exclusive works such as mousses and pralines and in the charm of his combinations of the flavours, aromas and colours of spices and fruits inspired by his numerous world travels. Chosen as the Ambassador Chef for Expo 2015, he talks about his favourite ingredient, cocoa, in these terms:

The ingredient that I have chosen for the Expo is cocoa, chocolate in other words, because I like it a lot but mostly because it is very healthy. Research conducted in Australia over the last 30 years has shown that a daily per capita intake of only eight grams of dark chocolate with a minimum of 70 percent cocoa reduces strokes and heart attacks in more than 30 percent of cases. These are very important data, especially for our health. But I really like chocolate in general, it’s like grapes, it depends on where it comes from: it may be South American, South African, Mexican. All the beans have different nuances and so we can give completely different nuances and flavors to any dessert. Finally, chocolate for me is passion, love and it is a very erotic ingredient.”
“Italy has everything: from the mountains to the plains, the sea. We have the best meat, the best fish, vegetables, fruit. We really have everything. The Expo…can truly bring a lot.

Chocolate becomes a tool to demonstrate how, in any industry, study and experience combined with passion and talent can make a difference. A growing leader who became a leader and who is bringing the excellence of Italian cuisine to the world stage thanks to the Expo.