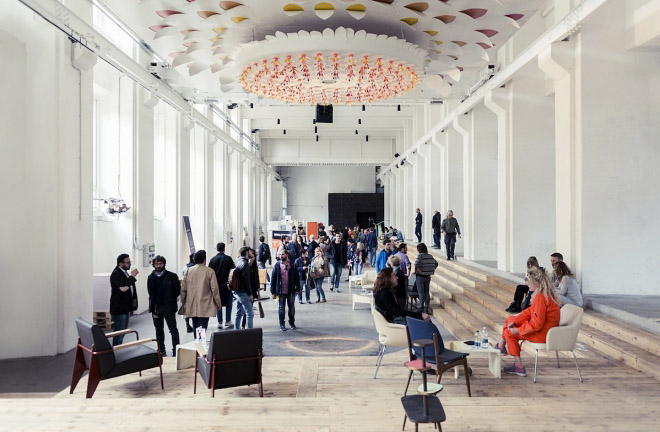 Longing for the hustle and bustle of spring’s Milan Design Week? Missing the waves of innovation and design that inundate Milan every April?

Don’t be so down: the Lombardy capital has got great things lined up for the autumn, which will shortly be upon us.

From 1 to 9 October, Milan will once again be opening its arms out to culture and art with the first edition of Design City, an event dedicated to innovation and development.

But don’t expect the frivolous media frenzy that we get during Design Week in the spring – which in 2016 saw more than 1,000 events in just a few days, with more than 400,000 people taking part in happenings and installations in every corner of the city. Design City Milan will be a more sober and low profile festival. This is evident in its programme, which, not only made up of events, will also include workshops, round-table discussions, and opportunities for debate and dialogue.

Following on from the popular Piano City and BookCity, two Milanese events dedicated to the worlds of classical music and literature respectively, Design City Milan promises to gift design enthusiasts with various types of stimuli for reflection. As well as visual arts, which will definitely be the main feature of the festival, Design City Milan will also be a stage for words, thoughts, and the creation of ideas, to stimulate all-round creativity.

The Design City Milan event will be an incubator within which numerous events dedicated to the promotion of culture will come to life, such as the Italian Festival of Creativity at the Franco Parenti Theatre and the Milan Design Film Festival at the Anteo Spazio Cinema.

If we take a look at a map, Milan’s coolest neighbourhoods are already getting excited: the Navigli district and the area around Via Tortona, the heart of Milan Design Week, are getting ready to host the liveliest events, which will be centred around the design festival. But they won’t be the only areas where creativity aficionados will be able to come together.

The mains streets of the Moscova area will also be playing a leading role during these 9 days in Milan: for example, the first Design City event will be taking place at the Mediateca di Santa Teresa multi-media library, a magical place built within a magnificent Baroque church. The nearby Brera district won’t be missing out either: the Pinacoteca gallery will be one of the city’s most active participants in terms of learning, where young people from all over the world will have the opportunity to exchange points of view and opinions on creative subjects, before being able to enjoy one of the delicious cocktails offered by the bars around the centre of Milan once the sun goes down.

The final programme is still being finalised, but there are already many companies and organisations who have presented their innovative plans for taking part in the event, which are filled with smart and revolutionary ideas. These include the Triennale and Museo del Novecento art and design museums, and interior design companies such as Moroso and Valcucine.

Milan, once again, is ready t0 amaze us. Are you ready?