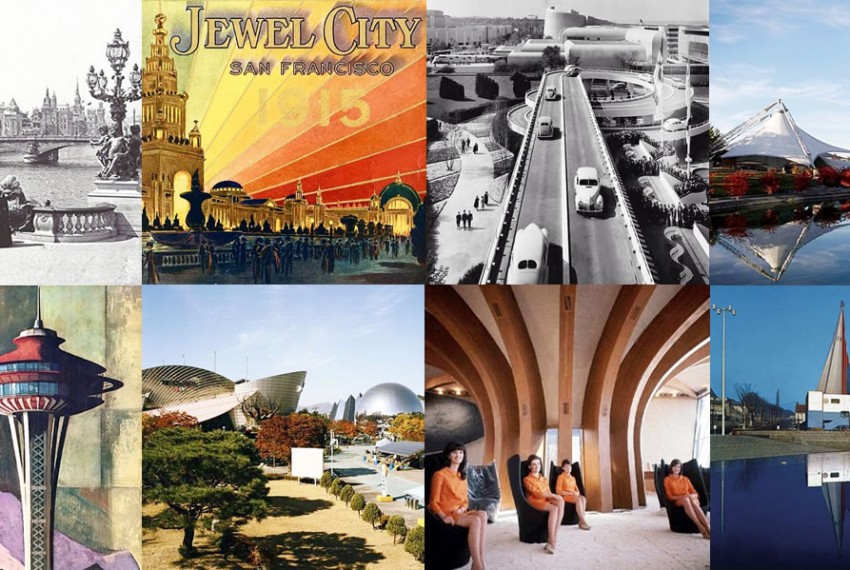 London. In the city’s green heart, Hyde Park, is an enormous transparent building of glass panes and metal framework: the Crystal Palace, ready to welcome 14,000 exhibitors and 6 million visitors coming to admire the Great Exhibition of the Works of Industry of All Nations. Great Britain, the main stage of the industrial revolution, invites the rest of the world to discover its great industrial production and carries out its guiding role within the world economy. A modern concept of universal exhibition, yet the London we have just described is that of 1851.

Over 150 years ago a fair was born that was destined to accompany industrial development of the last century and of this one. The most important cities passed the baton every five years in a relay that acts as a huge showcase and which has watched as the cultural, artistic, sporting and show aspect has increasingly grown in step with that of the actual exhibition.

A connotation that was definitively modified following the interruption of the period between the two world wars, but which did not stop indelible signs being made on the cities affected: from the construction of the Eiffel Tower in Paris in 1889, to the world’s first ferris wheel built in Chicago in 1893. Not to mention Vienna, Philadelphia, Melbourne, Barcellona, Bruxelles, San Francisco to name just the most famous, leading us to Shanghai in 2010 with the most recent Universal Exhibition which precedes Expo2015 on the starting block in Milan.

An occasion for Italy to show off, as it becomes a part of this tradition, while taking advantage of the modernity of communication and social platforms available today – completely different to those of just five years ago.

An example of the marriage between history and innovation is the official Instagram ExpoVintage channel, over 150 years of images depicting the history of Universal Exhibitions. #ExpoVintage is the Exhibition of Exhibitions which uses the web as it’s stage. A social space that acts as an archive and exhibition, accessible to all, at any time: a collection of photographs in progress to immerse you in the very heart of the Expo, bringing together styles, locations and events that differ hugely in time and space, but which have as a common theme that of progress, opening, and trust in the future, in 1851 as much as 2015.

Anyone who finds themselves in Milan over the coming months will be able to help write history. Or rather, to photograph it. But for now, anyone wishing to take part with their own shots can use the hashtag #WorldsFair.