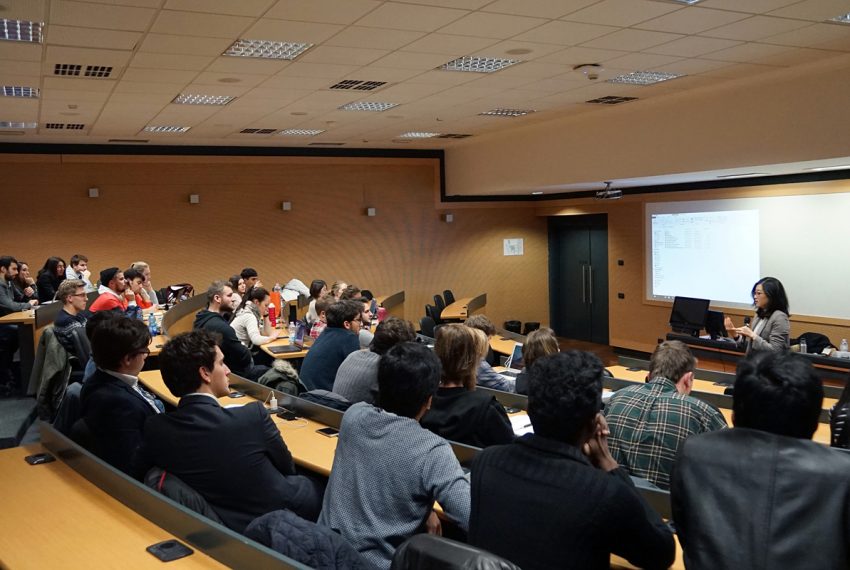 It’s no longer news that the Chinese market has become one of the biggest players in the world, with the nation’s economic growth rate at a stable 6.7% in the last 4 years.  But why did China scale up so fast in the business landscape?

The “Entrepreneurial mindset” played a key role in that, and this was exactly the topic of the seminar held by Prof. Zhang at MIP – Politecnico di Milano.  Ying Zhang is an associate Professor of “Entrepreneurship and Innovation” and “Chinese Economy and Business” at Rotterdam School of Management and she has been a Visiting Professor and a Research Fellow at Harvard University, Cornell University, United Nations University-MERIT, as well as an Honorary Professor at Beijing Jiaotong University and guest professor at Shanghai University of Finance and Economics.

After a brief introduction about herself, she started the seminar by asking us a very easy question: “What do you know about the growth of China and the related impact on the western economy?”

Few of us expressed our own opinions identifying human capital as being the true strength of China’s growth, which is in part true. But Professor Zhang highlighted the fact that the two main drivers of the global economy today are technology and money and that China is one of the most important countries in the development of new disruptive technologies and in the massive investment of financial capital. However, a more important role has been played by the huge number of start-ups created in China in recent years.

Shenzhen has become one of the most important cities in China as a meeting point for networking and building new ventures, a kind of Chinese Silicon Valley.
The opportunity to launch new ventures creates a huge impact on the political economy too, more job opportunities and more possibilities to scale up in the local and international market.  Some examples of successful Chinese start-ups are Didi Chuxing (the Chinese Uber), launched in 2012 and now valued at more than $50bn and Xiaomi, the fifth smartphone producer worldwide launched in 2010, $48bn.

Didi Chuxing is a clear example of sustainable innovation. Based on the strategic advantage of their pricing, it allows the customer to have the best price on the market for having a more “comfortable and safe” trip. It became the most valuable start-up company in the world and is backed by over 100 investors.

Xiaomi, on the other hand, delivers a very good product to its customer in terms of quality/price ratio. Constantly investing in new technologies, it can face competition from the other big companies competing in the international market. Now Xiaomi is trying to expand and develop a wider range of consumer electronics, including a smart home (IoT) device ecosystem.

Thanks to this seminar and Professor Zhang we had the opportunity to better understand the dynamics and the effective growth of China through an entrepreneurial lens.

Andrea Costantino obtained a bachelor’s degree in Economics at the Università Cattolica di Milano. After a work experience in corporate finance, he is now pursuing a joint Master’s degree in Innovation and Entrepreneurship at MIP Politecnico di Milano and Solvay Brussels School. Passionate about Innovation, Technology and AI he’s always eager to take on new challenges.