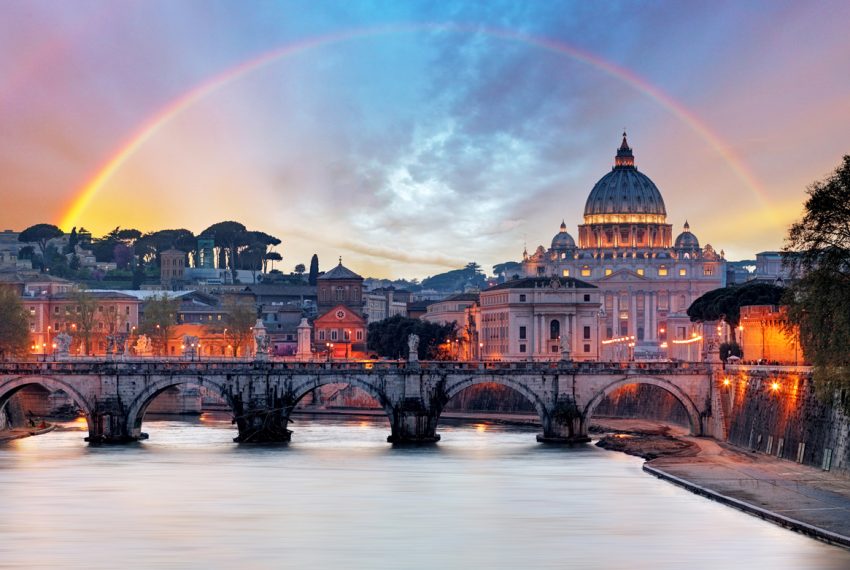 Why not? If you are thinking about what to do and where to go right after the new year, Rome could be the answer. Apart from its historical and cultural heritage, the Eternal City can offer a lot,  to suit everybody’s taste, starting from art and food.

Let’s start with art. The city is currently hosting three important must-see art exhibitions. The first one is entitled Picasso between Cubism and Neo-Classicism: 1915-1925 and it celebrates the hundredth anniversary of Pablo Picasso’s trip to Italy. It lasts until 21 January 2018 at the Museum Scuderie del Quirinale but the highlight – an enormous work titled “Parade” – is going on show at the nearby Palazzo Barberini.

The second is an exhibition of Katsushika Hokusai’s artworks at the Ara Pacis Museum, close to Lungotevere in Augusta. Hokusai is well known for the painting The Great Wave – part of the Thirty-Six Views of Mt Fuji series – that invokes the terror of the 15-meter tsunami that took down Fukushima in 2011. The exhibition includes 200 works with different formats and techniques, while portraying a huge variety of subjects, from landscape, nature, portraits of Kabuki actors, beautiful women and warriors, to images of ghosts, spirits and semi-mythic creatures.

The third regards Monet, the father of Impressionism, and it comprises around 60 works from the Musée Marmottan Monet in Paris, including landscapes, portraits and his celebrated garden series of water lilies. It takes place at the Complesso del Vittoriano until 11 February 2018.

And after a true immersion in art, what is better that eating Roman street food? Let me be clear: the concept of street food is not new in Rome, where stalls selling cheap snacks populated the city center more than 2,000 years ago. But now the city is experiencing a kind of food and beverage revolution. New restaurants, bistros, bars and small shops are now opening to offer new food formats, always portable, relatively economical and often rooted in typical flavors and forms.

Aò (that means “Hello” in English ), what are you waiting for? Come to Rome and enjoy the Eternal City as a true local Roman!

Alessandro is a current student of the International Part Time MBA. Grown up in Milan, he is now working as think-tanker in Rome. Since his heart is half from Rome and half from Milan, don’t ask him to choose between the two…it would not be fair.