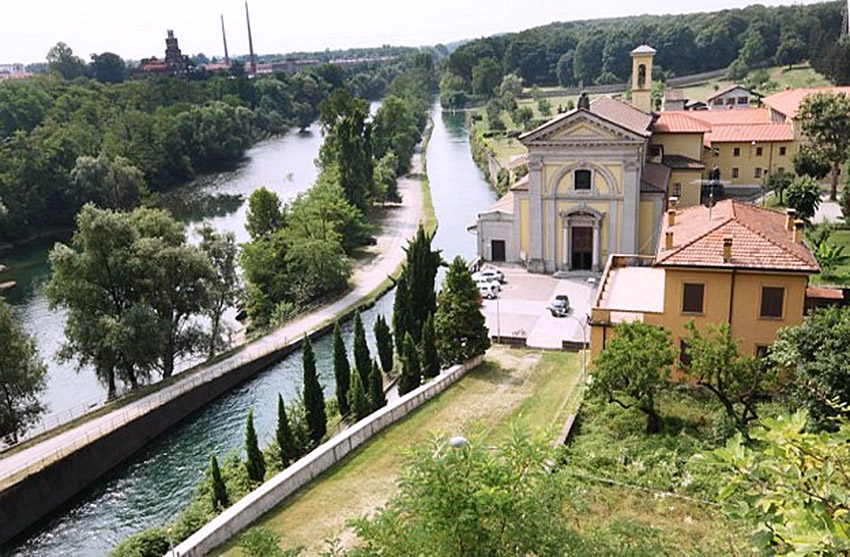 A stroll down Corso Vittorio Emanuele, a walk along the Navigli, an aperitivo in Brera. Enough with the clichés already!

Forget the standard tourist trails and get ready to discover the five most fascinating places in Milan.

How much do you want to bet that we’re going to surprise you?

At the entrance to the Brera district stands Chiesa di Santa Maria del Carmine, a famous place of worship for Milanese followers of Saint Expeditus. The patron saint of travellers, emergencies for which time is running out and – listen up – exam candidates! It is said that Saint Expeditus is able to provide quick, last-minute graces – in true, frenetic Milan style!

For an authentic, romantic experience, why not spend an hour taking a boat down the Naviglio della Martesana?

This gorgeous route takes in several places of interest, such as the Crespi Workers Settlement (a UNESCO World Heritage Site), Villa Melzi d’Eril – a building that hosted none other than Leonardo da Vinci – and the Casa del Custode delle Acque, where travellers would once have stopped to pay the toll to get into the city. The building now houses the interactive Leonardo museum.

And if you prefer two wheels and a bit of exercise, explore the canal via the cycle path and pick out an osteria or pic-nic spot to stop for lunch.  (image above)

Hidden between Corso Venezia and Via Palestro is one of the city’s most popular attractions among locals and tourists in the know.

Villa Invernizzi is an Art Nouveau house with a large, beautiful garden. This oasis of green is a haven of surreal tranquillity, within which you can admire the marvellous pink flamingos which roam the lawns and fountains.

Head towards the Duomo, but stop just before you get to Via Larga, in Piazza Santo Stefano.

In order to make more space inside, the bones were stored in the walls of the church. Nowadays, when you enter the ossuary, you can see walls, flooring and ceilings made up entirely of skulls and other bones. It is a stunning sight – but not for the faint-hearted!

After all that exploring, it’s time to relax. And what better place for a quintessentially Milanese drinking experience than Terrazza Martini?

Built in 1956 and located in Piazza Diaz, the establishment has a breath-taking view of the spires of the Duomo and an undeniably glamourous feel. An exclusive haunt for stars, over the years the establishment has built up a special bond with the world of cinema and its main protagonists. It’s no coincidence that in 1960, Terrazza Martini hosted the premiere of Federico Fellini’s La Dolce Vita.