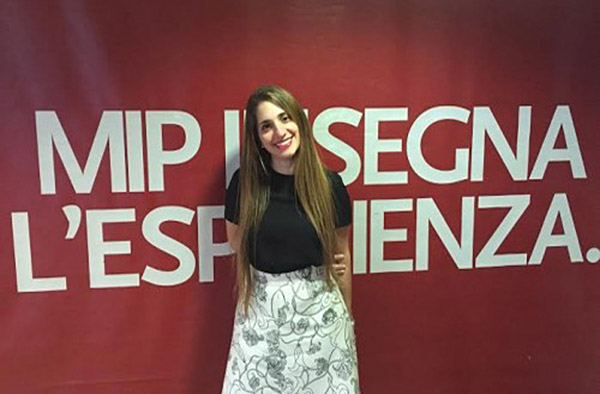 Every year, the boardrooms and upper echelons of successful companies around the world are filling up with more and more women.

There is an increasing number of female professionals achieving leadership positions within competitive companies, successfully taking on sectors of business not traditionally associated with women.

This is the case of Carla Buda, a young Argentine manager and promising figure in the world of top-level management. Looking back, Carla tells us that on being asked “what do you want to study when you’re older?”, she would reply “engineering”, leaving others open-mouthed.

But Carla certainly didn’t stop there.

Having earned her engineering qualifications, she was taken on by car manufacturing giant Volkswagen in the role of Project Manager: both the competitive market she was entering and the role she was going to fill were overwhelmingly male-dominated.

Nonetheless, step by step Carla won the trust and respect of her colleagues, working her way up in a sector that while complex was – crucially – open to change.

Carla herself explains that the world of business is opening up to talented women in order to improve diversity: “A lot of companies are fostering equality programs, trying to have the same percentage of women in management roles as men. Every day, more women are going into higher positions”.

Carla Buda loves a challenge and, thanks to her unerring desire to improve, the talented young manager left her country behind to write a new page in the book of her future. In fact, she decided to leave her job, home and friends behind and sign up for an MBA at none other than MIP in Milan.

Her decision was mainly influenced by the business school’s excellent reputation and strong technical focus, elements that make it the ideal place for an engineer to complete their training.

So is that the end of the fairy tale?

No way. Carla’s story is full of highlights and the surprises haven’t stopped. In 2015, Carla was chosen from over 1300 candidates to form part of a select group of 150 young businesswomen to participate in the Careers International’s Top Women event. Taking place in Brussels in November 2015, the event is dedicated to the most promising female leaders of the future.

The selected businesswomen were able to meet representatives from the top blue-chip companies in the world, giving them the chance to do some quality networking but also gain a deeper understanding of the most relevant market trends around and discuss future career opportunities.

Some of the stand-out companies in attendance were leading global consultancy organization: Accenture, Du Pont, Dow and Ericsson, to cite but a few.

One of the organisations showing a keen interest in female talent was of course multinational company Procter & Gamble. Shocked? You shouldn’t be: the colossus has caught the eye in recent years for launching a successful media campaign for one of its brands, Always, which focuses on the value of diversity and the importance of recognising the abilities of women and boosting their self-confidence from an early age. The result of this commitment was the Like a Girl campaign, a fully-fledged homage to female empowerment in the new millennium. The message soon went viral, shining a light on the value of women around the world.

Time for the business world to listen up.

You can read the full interview with Carla Buda here.