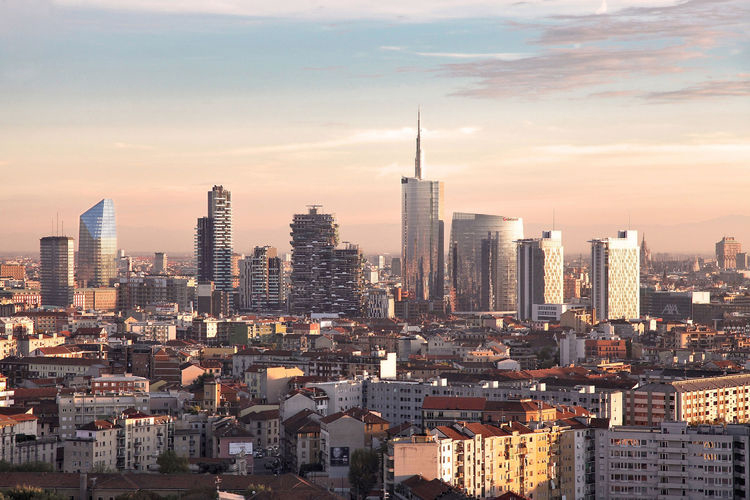 It was the centre of the world for six months as it hosted an extraordinary edition of the Universal Exposition.

It has always been synonymous with culture, high finance, design, fashion and creativity.

It has managed not to betray its historical roots while pushing itself towards vibrant innovation, successfully establishing itself in the new sectors of technology, pharmaceutical and modern services and becoming an undisputed leader in double-quick time.

It is the city that never sleeps, the unanimously elected motor of the Italian and European economies.

It is, of course, Milan, the city where nothing is impossible, even in a period of serious crisis for the global markets.

Milan is an alluring metropolis for anyone searching for a stellar professional career, such as the determined young students who come to the city to embark on an exemplary academic journey and immerse themselves in a stimulating environment brimming with real prospects.

It is no surprise, then, that the QS Best Student Cities 2016 report – which every year ranks the top cities in terms of universities, lifestyle, community and employment prospects – has included Milan among its best performers.

The employment opportunities offered by Milan to the many people who choose it as their professional springboard every year, have seen the Lombard capital named one of the top 20 most highly recommended cities for university students and the young managers of the future: Milan has claimed 16th place in the Employer Activity category, ahead of economic giants like Chicago, San Francisco and Berlin.

This fantastic achievement finds further confirmation in research conducted by the Statistics Office of the City of Milan, which has demonstrated that in Italy, one in ten young people have chosen the universities of Milan for their studies.

Milan allows its inhabitants to reach out and touch a world of opportunities: as well as the large multinationals that have identified it as a strategic hub for investment and a base from which to control the international markets, for small- and medium-sized enterprises Milan represents a treasure trove of know-how and excellence across the sectors, meaning that employment prospects are certainly not lacking here either.

And that’s without even mentioned the small – yet spectacular – start-ups. According to a recent census, there are nearly 4000 new companies in Italy, 1/8 of which are based in Milan: this is an incontrovertible sign of how the city offers young talent the resources and stimuli they need to tailor-make themselves a future.

The change that Milan is experiencing is there for all to see: the city is evolving quickly from a structural and architectonic perspective too.
The large, grey structures of the multinationals, the dusty headquarters of the local institutions and the industrial buildings of the old Milan and its surroundings are shedding their skin and being reinvented as multi-functional spaces. These places in turn become symbols of accessibility, places where you can rent office space for as little as half a day – just enough time to organise a meeting, or use the Wi-Fi connection from the comfort of a desk while you sip on a coffee.

But that’s not all.
Among the many success stories that make Milan so appealing from a professional point of view, its universities are without doubt one of its biggest draws: the prestigious institutions, such as MIP Politecnico di Milano, combine lectures with technical experiences on the ground, thus acting as incubators for innovative ideas and start-ups in their embryonic stages. Moreover, the city’s fine MBA programmes create a network of contacts between alumni and companies, eliminating the time between the end of university and the start of a career.

So shut that suitcase and start dreaming: the future is here.