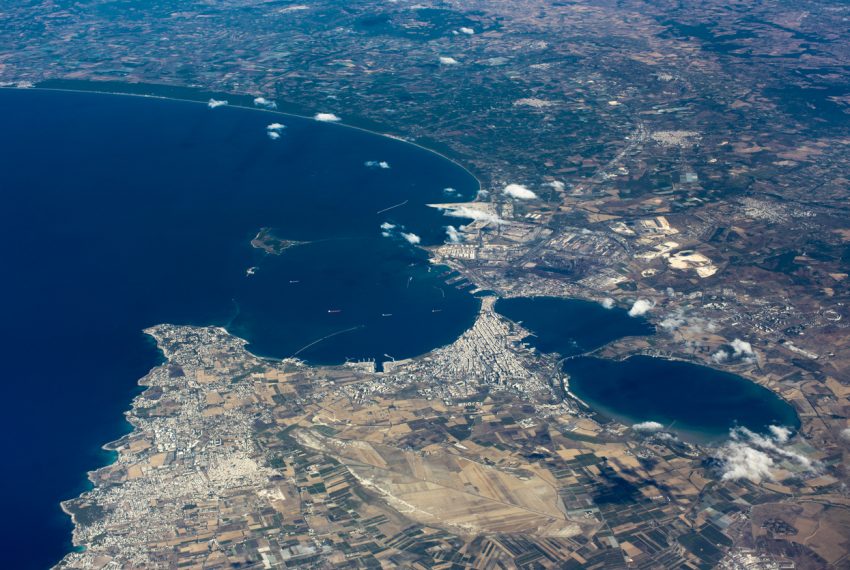 After Naples, choosing another city is not easy. Italy is beautiful, and every village has something special to see. I have been wondering about two very different cities: either Florence or Taranto. There are good reasons to talk about both of them. However, I chose Taranto for two reasons: firstly, it is not as famous as Florence and it is probably more interesting to talk about a place that fewer people know; secondly, a lot of people know Taranto because of its environmental issues, so I am eager to show that there is much more than that to be discovered.
Taranto is also the hometown of Vincenzo Caso, a growing leader from my MBA class and a good friend of mine.

Taranto was founded by Spartans in the 8th century BC and was known as Taras. It was the only Spartan colony and after its foundation, the city had to face several challenges posed by neighbouring populations that aimed to have their piece of land due to its strategic position on the Ionian Sea. It was around 350 BC that Taranto reached the peak of its power and wealth under the philosopher and mathematician Archytas, when it became the most important city of the Magna Graecia (Greater Greece), the main commercial port of Southern Italy (it produced and exported goods to and from the motherland, Greece) and it had the biggest army and the largest fleet in southern Italy.

When Archytas died, Taranto started its decline, even if it never completely lost its importance. Taranto took part in several wars, including the Pyrrhic ones, which ended in 272 BC with the conquering of the city by the Romans, who cut Taranto off from the centre of Mediterranean trade by connecting the Appian Way directly to the port of Brindisi.

It is probably true that Taranto’s defeat and the Roman expansion in Puglia had quite a positive impact on the region.
The Romans built roads, aqueducts and monuments that are still visible today. After the Romans, other populations inhabited the city and nowadays the stratification of the different cultures is still visible. I would recommend a visit to Taranto and especially the wonderful National Archaeological Museum  ̶  known as MarTa  ̶  San Cataldo Cathedral and the Aragonese Castle.

Along with its history, talking about Taranto also means talking about its geography and first and foremost, about the sea. Taranto is called the “City of two seas” because its coastline is lapped both by the Big Sea, where ships harbour, and the Little Sea, which is a vast reservoir.
The importance of the Ionian Sea is paramount to Taranto, where fishery and the cultivation of mussels have represented the main economic activities for ages.

This second activity is strictly linked to the Big Sea; thanks to its underwater springs, which carry undrinkable freshwater mixed with salt water, it has the ideal biological conditions for mussel cultivation.

Nature is definitely one of the area’s main characteristics; there are a lot of natural reserves, where it is possible to encounter various species of animals and plants and have a real “wild experience” in Italy. Taranto connects the Ionian Sea to the surrounding Murgia plateau.

This mixed geography makes Taranto’s cuisine extremely rich, since it includes fish, seafood, legumes and vegetables  ̶  but also meat. It is in its gastronomy that Taranto has found the perfect balance between its history and its geography. On the one hand, we have the food, on the other hand we have the wine, the Primitivo di Manduria, which is more and more appreciated today.

However, it is impossible to talk about Taranto without mentioning the local beer: Raffo.
The brewery was founded in 1919, right after World War I and since then, it has been intimately related to being “from Taranto”. In Puglia, beer became a non-conventional way of marking the border between two territories: Raffo is consumed mainly in Taranto and its surrounding area, whilst Peroni is mainly consumed in Bari. In spite of the fact that this differentiation still exists, both breweries have been taken over in recent years, with the former now belonging to AB InBev and the latter to Asahi Breweries. Unfortunately, Puglia breweries were unable to resist the dynamics of the concentration of the beer industry, where a few players control the whole market.

The last point that needs to be mentioned about Taranto is the environment. In 1991, the city was declared as a high environmental risk area due to the emission of pollutants by the ILVA steel plant and is still struggling to find a way to reconvert. Many people work in the steel plants and it seems to be extremely difficult to migrate this workforce into other sectors. Models for the sustainable development of the city are under discussion with the population really engaged, undoubtedly some good news in this sad story. It is my bet that Taranto will be able to emerge from this situation and eventually represent an example of best practice in terms of sustainability and social innovation.

Some years will be needed for this process to be concluded but something is happening… in the beer industry! In Massafra (a neighbour of Taranto), Heineken has built the “greenest” brewery in the world (data SolarPlaza), with a capacity of 3.3 MW, covering 18% of the brewery’s energy needs. Hopefully, this will be the first step to completely reinventing the city’s economy.

If you are drinking your probably “Made in Taranto” beer, dreaming about swimming with dolphins in crystal- clear water and afterwards, tasting wonderful food in a sunny climate, I strongly suggest that you pack your bags and go straight to Taranto  ̶  I bet you will never regret going there and taking part in the “beer-based revolution for a sustainable economy”.