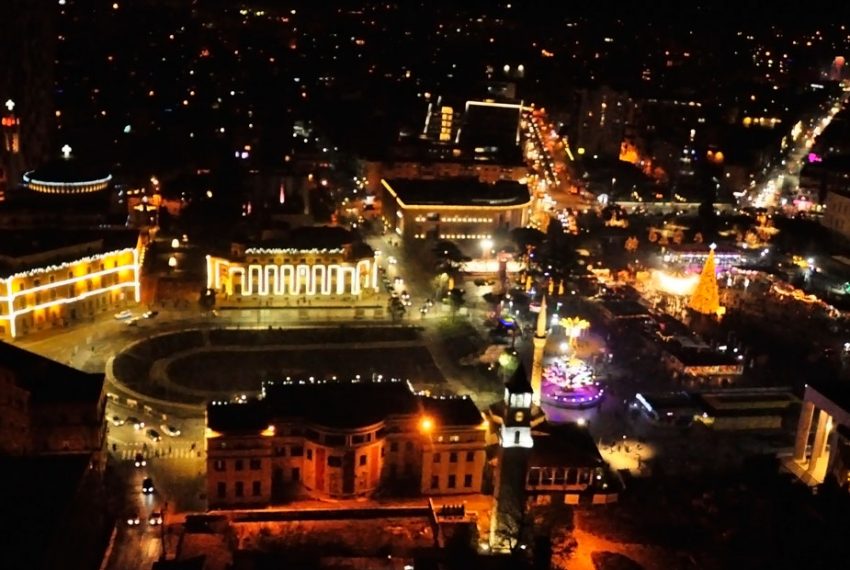 A couple of weeks ago, The Economist posted an article entitled “Why Tirana, once one of Europe’s dreariest cities, is now worth a visit”, referring to the city of Tirana as the Balkans’ best-kept secret. I may not share the opinions expressed by the author in his article, but I definitely agree with the fact that today, Tirana has become an interesting place to visit, as is the whole of Albania.

I live and work in Tirana, while studying at MIP for the International Flex EMBA. For those of you who have never heard of Tirana, I dare to share some information about this city. Tirana is the capital of Albania, a country that lived under a communist regime for half a century until 1991. Albania is located in the southwestern part of the Balkan Peninsula, bordered by Montenegro, Kosovo, Macedonia and Greece.

Due to its long history, the architecture of Albania has been influenced by many cultures, such as Illyrian, Greek, Roman, Ottoman, Italian, Soviet and Chinese, which have shaped the buildings of the capital and the rest of Albania while preserving a few distinct Albanian features, such as the style of the Albanian houses. Albania’s diversity in architecture and culture is reflected in our “living and doing” style. The motto of my generation which grew up in Albania used to be: “live in a chaotic environment while changing and adapting continuously.”

Based on historical data, the oldest buildings in Tirana date back to the early 17th century, founded by an Ottoman general who built a mosque, a bakery and a hamam (Turkish sauna). Tirana began to grow during the 18th century, however it still remained a fairly unknown place until it was proclaimed Albania’s capital in 1920. The decision to declare Tirana as the capital of Albania was based mainly on its central geographical position, located between the northern Ghegs and the southern Tosks, Albania’s two major ethnic groups.

Tirana owes much of its architectural style to Italian 20th century architecture. The center of the city was planned by two well-known Italian architects in the period between the 1920s and the 1940s. During this period, Florestano di Fausto and Armando Brasini laid down the foundations for the modern-day arrangement of the ministerial buildings, the main boulevard, the Royal palace and the former municipal building of Tirana. There is an old saying by a foreign architect passing through Tirana at that time: “I have seen cities without boulevards, but I have never seen a boulevard without a city before visiting Tirana.”

At the end of a period of relative isolation, Tirana was a very poor city with a population of less than 250,000 people. Practically without cars (private cars were banned), with few shops and almost no entertainment, Tirana used to have a limited number of streets;  however, the situation has changed completely during the last 25 years. Today, Tirana is the center of political, economic, and cultural life in Albania, being home to one million people (about a third of Albania’s population). Despite the relatively low per capita income, Tirana’s streets teem with a surprising number of luxury cars. There are a lot of cafes and bars, all of them full of people from morning till late at night. Albania’s local culture of having a cup of coffee is not the same as that of other European countries. Albanians actually sit down and enjoy the coffee while chatting to people around them.

Tirana is a youthful and lively city. People are very hospitable, especially with foreigners. The main business, shopping and entertainment area is called “Blloku“, which is the area where, in the past, the communist leaders used to live under strict protection. Tirana is probably the only European capital city where people do not find their way around by using official street names. Due to the chaotic expansion of the city during these last 25 years, people have learned to orient themselves based on some of the best-known landmarks, such as hotels, monuments, bars, etc. But this is not the only case where Albanians reflect a cultural inertia by resisting change. For instance, the Albanian currency, the “lek”, was revalued in 1965, through a transition from the ‘old’ to the ‘new’ lek. Nevertheless, people still use two names and values for the currency (e.g. 100 old lek equal 10 new lek) depending on the situation, which often leads to confusion and miscommunication.

Each of Tirana’s most important monuments has its own complex story, whether relating to the Ottoman period or more recent times. Highlights include the 17th century Et’hem Bey Mosque, one of the oldest buildings in the city center, built in the Ottoman style. The nearby Clock Tower, constructed around 1820, originally had a bell from Italy; the first clock was, however, destroyed during World War II bombing and replaced, first with a Roman numeral clock and then a Chinese timepiece. The Italian-designed government buildings, main boulevard and original National Bank were built during the 1930-1940 period. The first stone of the 1963 soviet-style Palace of Culture, where the Opera & Ballet Theatre and National Library are located today, was laid by ex-Soviet President Khrushchev; adjacent is the National Museum, a socialist-style building constructed in 1981 after the Italian-style municipal building was destroyed. The museum’s main façade is characterized by a large mosaic named “The Albanians”, which represents this people’s ongoing struggle of survival from ancient times to the modern day.

An international team of architects has recently developed a new conceptual project known as “Tirana 2030”. The project is being led by the famous Italian architect, Stefano Boeri, with the main vision of transforming Tirana into a city that in coming years will play an increasingly important role in the Mediterranean market, as a bridge between Europe, the Mediterranean and the Islamic world. As Churchill said: “We shape our buildings; thereafter, our buildings shape us.” Let’s see how the future of Tirana will be shaped…