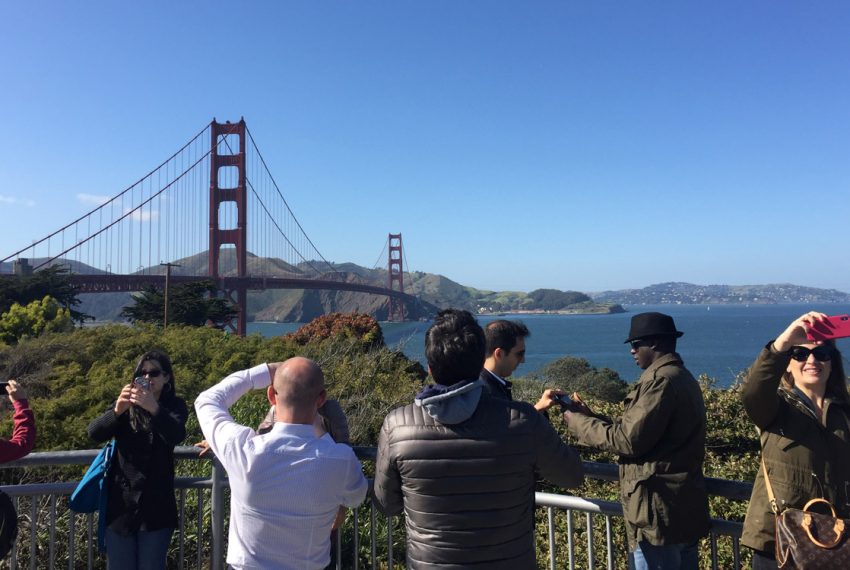 “An innovation, however, is always influenced by the cultural context in which it is born, by the social forces which contribute towards directing and shaping it. In this sense, rarely have we seen a more powerful cultural amalgam than that which started bubbling up in the San Francisco Bay Area in the Sixties: a perfect culture for the birth of homemade computers”. Translated from “Innovators” by Walter Isaacson, Chapter VIII, page 266, Mondadori 1st edition 2014

Silicon Valley. A unique concentration of capital, technology and skill. A widespread mentality oriented to the future, to entrepreneurship, to innovation. A context in which technology, science and enterprise are revered as much as classical culture is here in Italy.

Thanks to MIP, I was able to spend a week in Silicon Valley, together with students from different MBA programs and coordinated by BAIA, which made the various stages of the tour possible. There was certainly not enough time to get an in-depth understanding of a complex reality such as Silicon Valley, but it was sufficient to grasp some aspects of a way of interpreting innovation (and life) that we actually found in all the people we encountered and the organizations we visited. As I said, since an analysis of such a complex subject is not possible, I have compiled an alphabet of words which I hope reflects something of our experience.

A is for Artificial Intelligence. Together with Virtual Reality, Augmented Reality, Blockchain and Big Data Analytics, this is one of the technologies in which there is most investment, and not only in Silicon Valley. The area’s mission for electronics and informatics is steeped in a long history  ̶  a story that shows a  constant capacity for reinvention. It is easy to understand that in this place, the past is not a consecrated fixation to be worshiped, but a reserve of experiences and an engine of change for the future.

B is for Behavioral Finance, i.e. the use of categories and psychological approaches for explaining the mechanisms of the economy and finance. Studies that have earned Richard Thaler the Nobel prize and that gave us a wonderful lecture by Prof. Hersh Shefrin, one of the pioneers of the behavioral approach.

C is for Capital, which here means Venture Capitalists and Business Angels. In 2017, in the United States, VC and BA investments reached 71bn dollars. We say in the USA, but in actual fact there are just two hubs: New York on the East Coast and Silicon Valley on the West Coast. It is impossible to make comparisons with Italy, where in 2017 a level of around 160m euros of investments was reached. It is clear that, for us, the only game that it makes sense to play is at least at European level.

D is for Dual Company. We took part in an excellent presentation at the prestigious Orrick law firm in San Francisco, on the subject of the arrival of Italian companies in the USA. This was especially interesting with regard to startups and fundraising. In order to be able to raise capital over there, however, it is necessary to have an American company, really holding intellectual property (IP), assets and skills  ̶  no trivial matter in the early stages. As we also saw at Plug & Play, it is advisable to go to the United States with a certain level of maturity behind you when it comes to fundraising and open markets.

E is for Entrepreneur, in the form of the serial entrepreneur, the real hero of the whole Bay Area mythology. It is slightly absurd that we have a French name for such a profoundly American myth.

F is for the Future. Inasmuch as we Italians are linked to our literary, artistic and historical past, everything in Silicon Valley is about the future, innovation and change. Maybe looking to the future with a little more optimism and a desire to build the new is the main lesson that we Italians can learn from our friends and colleagues in Silicon Valley. Ok, we had the Roman Empire, a great classical culture, the Renaissance and the Baroque. All beautiful things, and to be valued. But perhaps we, too, should do something, don’t you think?

G is for Gates. Good old Bill. As is well known, he is not a product of Silicon Valley, but is still a myth in the world of computing and entrepreneurship and in any case, he does come from the West coast, even if from further north  ̶  Redmond, in the state of Washington, near Seattle. Perhaps because he comes from another generation or maybe because he is less of a visionary than Musk, certainly not as prophet-like as Jobs, apparently less unscrupulous and ruthless than Bezos, certainly a nerd but less naive first than Zuckerberg, and clearly less mysteriously satanic than the Brin-Page duo, the old (but not really all that old) Bill does not seem to be at the top of the list of the best-loved or coolest profiles of the moment. Nevertheless, he remains a point of reference for those who, like me, first discovered computers via his MS-DOS and later, Windows. Personally, I have always preferred his understated style to the spectacular pronouncements of the Apple boss  ̶  though this is purely a matter of taste.

H is for Home. Almost all the Italians we met in Silicon Valley still see Italy as their real home. The idea of going back home, even if only to drive it out of their minds again, is always in their thoughts. Moving to New York or San Francisco is, for a European, a definite possibility. Maybe though, more effort is required to adapt to life in Silicon Valley. There, everything really is quite different.

I is for IBM. Spending a morning with the researchers at IBM, the company which holds the most patents in the world, and in particular with Jim Spoher, IBM’s head of research on artificial intelligence, is like watching a personalized TED Talk. IBM does applied research, but only up to a certain point, often encroaching upon the area of basic research: several of the discoveries made in their laboratories have become products only after decades.

In the field of AI, the scenarios presented to us seemed to be very similar to the singularities predicted years ago by Ray Kurzweil. In the future, we will have an extended form of intelligence, enhanced in terms of its capacity for storage and calculation. IBM is already warning us that a new model for society will be needed.

J is for Jobs  ̶   Steve, obviously. It would be impossible to leave him out and, on this journey too, we kept hearing his name, also to confirm some of the less pleasant sides of his personality and behavior. His still remains the genius of having understood that computer science and aesthetics are not antithetical. It is no coincidence that the Apple ecosystem, guided by the great and sometimes misunderstood Tim Cook, (not surprisingly a designer), boasts one of the best customer experiences in the world.

K is for Kindness. It is difficult to find a single discourteous, bad-mannered, or even just sullen American – and it is literally impossible to find anyone sounding their horn or insulting another motorist for not racing off at the green light, as if they were at Silverstone. So, let’s adopt this at home too.

L is for Lions – and here, they are Sea Lions. There are lots of them, very quarrelsome, very noisy and certainly not very fragrant. They spend much of spring and summer on the jetties of San Francisco Pier, waging battles like sumo wrestlers. Untamed nature is a constant feature of American mythology, even when it comes to cities like San Francisco, which is truly immersed in greenery. Even the campus where my Italian-American cousin Ashley is attending college  is practically surrounded by woodland.

Federico Della Bella earned a MS in Telecommunications Engineering at Politecnico di Milano and an MBA at MIP and works as Strategy and Marketing advisor; he is also lecturer in several universities, academies, and business schools.