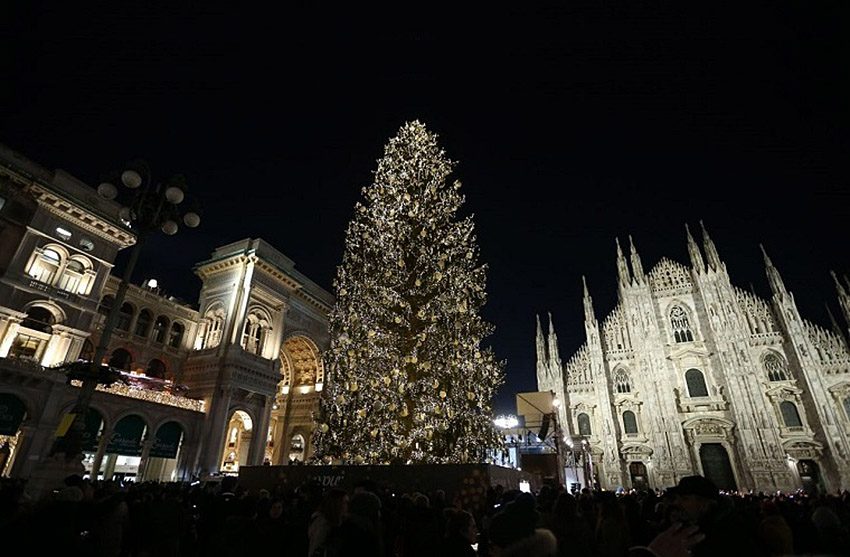 The city of fashion.

The city of design.

And, in December, the city of Christmas!

During the festive season, Milan is simply without rival. The Christmas spirit in the air in every corner of the Lombard capital is sure to penetrate even the coldest of hearts.

As every year, it all kicked off with the “Oh Bej! Oh Bej!” fair, which dominated the area around Sforza Castle between 7 and 10 December.

Then, as if by magic, countless lights, markets, Christmas villages and skating rinks began to spring up around the city.

Milan never stops at the best of times – and certainly not at Christmas!

Check out our top tips for some festive activities in the city!

A mix of sport, fun and bravado, ice skating is an activity that everybody likes. And while some take to it like a duck to water and others spend most of the time on their behind, Milan’s ice skating rinks are always hugely popular.

Here are the best rinks to visit:

2.Soak up the festive spirit at a Christmas Village

Now that the “Oh Bej! Oh Bej!” fair has officially kicked off the festive season in Milan, the city is spending the next few weeks awash with market stalls, decorations and Christmas lights.

As all its inhabitants know, Milan just does it better – and bigger! This year, locals and tourists alike can truly immerse themselves in the Christmas spirit by visiting one of the many Christmas Villages strewn across the city.

Though all are worth a visit, special mention has to go to the Bagni Misteriosi, which is hosting markets, workshops and shows until 28 January, while the Villaggio delle Meraviglie at Porta Venezia provides the perfect setting for games, rock climbing, creative workshops, musical shows, food trucks and much more until 7 January.

3.Head to the Duomo for New Year’s Eve!

Piazza Duomo will once again be hosting a huge concert on 31 December. While Annalisa and Mario Biondi helped see in 2017 a year ago, Milan will welcome 2018 with the music of Fabri Fibra and Luca Carboni. It is a magical place to count down the minutes to midnight with a musical accompaniment – while the City of Milan takes care of security.